Talk to an
Admissions Advisor 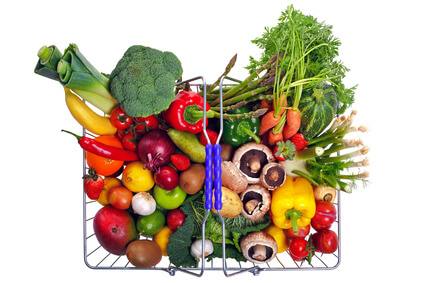 A recent study has found that subjects with mild to moderate hyperlipidemia (blood fats – Steve) who were supplemented with astaxanthin demonstrated significantly improved levels of HDL cholesterol and triglycerides.

Astaxanthin, the pink pigment found in salmon and krill, is also a powerful antioxidant and has demonstrated benefits in athletic performance as well as cardiovascular and skin health.

Astaxanthin is a powerful, recently discovered, anti-oxidant. It is in the carotene or carotenoid family of anti-oxidants. Astaxanthin is the red pigment found in salmon and the crustacean krill. Astaxanthin produces other therapeutic benefits as well, including an increase in the activity of your immune response and a decrease in specific markers of inflammation. Steve

High quality krill oil has a high phospholipid content, often containing a minimum of 40% phospholipids, mostly as phosphatidylcholine. This high quality is a virgin krill oil, the purest form available, with higher phospholipid bioavailability, enhancing the absorption of one of krill’s shining features, the powerful antioxidant astaxanthin.

Astaxanthin, the carotenoid from the microalgae, haematococcus pluvialis, is a natural staple of wild salmon and krill’s diet and gives them and other crustaceans their vibrant pink color. Many studies suggest that this exceptionally high level of astaxanthin offers an array of therapeutic benefits, which may include:

Supporting skin health – protecting against UVA-induced aging, as in skin sagging and wrinkles

Astaxanthin comes from naturally occurring levels found in wild salmon, wild salmon oil, krill oil and from microalgae hopefully using a solvent-free technology that ensures maximum control and purity. There are hundreds of clinical studies on Astaxanthin, both animal and human.

In addition to its rich phospholipids, omega-3s, and astaxanthin, wild salmon, wild salmon oil, and krill oil also naturally contains several other antioxidants including, canthaxanthin, β-carotene, vitamin E and trans-retinol vitamin A, which offer benefits of their own while also protecting these nutrient-dense oils from oxidation. Like very high quality other fish oils, high quality krill oil is made using a unique cold-extraction process that converts it into stable oil. Krill oil protects the lipids from alteration and avoids peroxidation. Krill is very low on the “food chain.” It is free of heavy metals and organohalide pollutants, making it extremely pure. These products do not cause reflux or regurgitation commonly experienced by those consuming lower quality regular fish oil supplements.

As a supplement, for adult dosages, I recommend 3 – 4 mg of supplemental astaxanthin once per day for prevention and two to three times per day for therapy. Since astaxanthin is a fat soluble carotenoid, it is best taken with or after meals that contain some healthy fat. Steve

I’m proud to say that I’m a lacto-ovo-pesco-pollo-carne-vegetarian.

Researchers have determined that a radical change in diet, going from primarily a plant based to one dominated by refined carbohydrates and animal fat, has altered our intestinal environment and therefore changed the nature of our intestinal bacterial composition.

The researchers state this change partially explains the rise in certain gastrointestinal symptoms and conditions.

Source: Impact of diet in shaping gut microbiota revealed by a comparative study in children from Europe and rural Africa

1.   Stool Analysis: With the importance of gut health and its interconnectivity with immunity being discovered, stool testing may be more important than ever – a review of a novel method involving DNA detection.

Researchers have substantiated that supplemental potassium is protective against the destructive effects of a high salt diet. Salt, as many know, when used in inappropriate amounts can cause high blood pressure and contribute to increased cardiovascular disease risk.

Sodium and potassium are two primary electrolytes and are best kept in balance with usually more potassium. Potassium rich foods include most fruits and vegetables. Vegetables often also contain some sodium. Vegetables and fruits contain other electrolyte minerals, vitamins, other minerals, and other very important nutrients. Steve

Zinc generates many other health benefits including immune enhancement and reproductive health. Some zinc liquids allow you to easily test your body’s zinc levels, as well as provide you with supplemental zinc! For a therapeutic dosage for adult women, I recommend 25 – 35 mg. of zinc. For adult men, I recommend 30 – 55 mg. of zinc. Zinc is best absorbed when taken with a healthy protein. Bread and crackers decrease zinc absorption because of the phytates or  phytic acid.  Steve

What fish terrorizes other fish? Jack the Kipper.

Depression information that is not depressing:

Fish oil was shown to decrease symptoms of depression when supplemented to adolescent boys who were experiencing depressive states. This is another study that demonstrates the anti-depressive qualities of fish oil supplementation.

For both adolescent and adult depression, I almost always recommend copious or aggressive amounts of cold water, high quality wild fish and wild fish oils such as wild salmon and wild krill. Dr. Mark Hilbram, MD, PHD, Captain in the US Army, has been using agressive amounts of wild salmon and salmon oil to treat men and women soldiers coming back from the middle east for the last 10 years who were suffering from severe depression, suicidal depression, and post traumatic stress disorder (PTSD). In working with many clients with depression, I strongly recommend a holistic and team approach both with other therapists and also I strongly reccommend specific foods, herbs, and supplements, and sometimes even essential oils in addition to wild fish and fish oil. Note, I will be teaching a class entitled Brain Nutrients: Foods, Herbs, Supplements & Essential Oils on 3 Tuesday nights starting August 6. Steve

Where do Russians get their milk?

Recent studies have demonstrated, in both animal and human clinical trials, that bovine lactoferrin can reduce the risk of developing colon cancer.

Bovine lactoferrin, is a glycoprotein found in cow’s milk and in higher concentrations in certain whey proteins. It possesses various properties including, anti-viral and anti-inflammatory.

How did the skeleton know it was going to rain?

He could feel it in his bones!

Red yeast rice (RYR) is commonly used as an alternative to statin drugs to lower cholesterol and balance blood lipids. But in a recent study, RYR use was also shown to increase osteogenic activity or in other words, enhance bone formation.

If using red yeast rice, I recommend following correct dosage, and also combining it with other specific foods, herbs, and supplements for regulating cholesterol. Steve

Walmart is coming out with its own brand of wine. It’s called “I Can’t Believe It’s Not Vinegar!”

Resveratrol is a polyphenol found in grapes, wine and in high amounts in other plant sources and grape seed extracts. I have a lot of research and clinical experience with Resveratrol and am quite impressed with it when obtained from high quality food or used in appropriate therapeutic amounts as a supplement. When eating grapes and taking the grape seed extract, the grapes should be organic and contain the seed which has many therapeutic benefits. Steve

How do I know that my youth is all spent?

Well, my get up and go has got up and went.

But in spite of it all I am able to grin

when I recall where my get up has been.

According to a recent Japanese study low levels of vitamin B6 (Pyridoxine – SS) are associated with an increased risk of developing Parkinson’s disease. It is theorized that high levels of homocysteine might accelerate dopaminergic (low amounts of the neurotransmitter dopamine – Steve) cell death thus leading to this diseased state.

Source: Dietary intake of folate, vitamin B6, vitamin B12 and riboflavin and risk of Parkinson’s disease: a case-control study in Japan

In addition to vitamin B6, which when taking I recommend adding an appropriate amount of the whole B complex, I also strongly recommend people read about the herb Murcuna puriens (often called Velvet Bean) for Parkinsons. There are other nutrients and herbs proving beneficial for Parkinsons. Note, I will be teaching a class entitled Brain Nutrients: Foods, Herbs, Supplements & Essential Oils on 3 Tuesday nights starting August 6.