Talk to an
Admissions Advisor

Meet our Faculty Instructors
Our instructors and staff have been carefully selected to offer the highest integrity of education within the respective fields of Natural and Holistic Health. 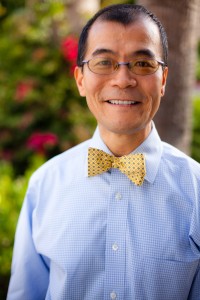 Upon graduation from Bastyr, he underwent a rigorous three year training program at a cutting edge clinic, where he was trained by a team of medical and naturopathic doctors. After completing the three year program, Dr. Kelly’s moved to the San Diego area and worked four years as technical director and consultant at a research-based company in Carlsbad. Those four years has given him a strong background on use of bio-identical hormones and neurotransmitters for issues e.g. menopausal and andropause symptoms, PMS, insomnia, anxiety or chronic fatigue. His specialties include adrenal fatigue, thyroid disorders, hormonal issues in men and women (menopause, andropause, PMS, etc.), musculoskeletal pain. He currently has an office in Encinitas where he is kept busy doing IV nutrition (B12 shots, IV Vitamin C, Glutathione, Amino Acids, hydrogen peroxid), Biopuncture and Prolozone for pain and sports injuries, and general office visits for general complaints. As a naturopathic medicine doctor, I promise to give 100% effort and to be compassionate in my work in helping patients achieve the highest levels of health and vitality!